Even during these strange days of Covid related lockdowns and pandemic pandemonium, even Murphy’s Law can rise up above it all to bite you on the backside.

It all started in the middle of last year when I quoted to do a renovation on a rather battered old boat. The old varnish tells the story…

Half the boat was white with moisture damaged varnish.

However, it wasn’t all bad news. Overall the boat was actually in good structural condition. The damaged varnish might have looked a fright, but it didn’t compromise the strength of the boat. And the hole in the hull was actually quite small.

Nothing a bit of new veneer couldn’t fix!

The boat also needed a few new parts including an entire replacement footplate. This was laminated with three thicknesses of 200gsm carbon twill either side and between two pieces of 4mm plywood, all with a veneer added to the top. I chose to put a stripe in the veneer to match the decks.

But getting back to Mr Murphy…

Not only did the poor state of the hull take much more time to strip back than anticipated, I managed to contract Chicken Pox from my young daughter at the same time. This knocked me out for a couple of weeks and as a result I was late getting the boat ready for my spray painter friend.

When I did finally get the boat ready to go the spray painter, he had bad news. He’d taken on some other work and I’d missed my spot and would have to wait two weeks.

Once the two weeks was up, I delivered the boat. Then the spray painter called with more bad news. His compressor had ‘died’ and was waiting on parts.

After another two weeks I called again. He had good news and bad news. The bad news was that his compressor had died again (the next part down from the first failed one) and he was waiting for a replacement to be delivered, but the good news was that he’d done this boat before it happened!

So I was finally able to deliver the boat to the client!

The client was now unavailable due to Covid reasons.

It’s still a bit ‘cosmetically challenged’ due to the damage to the old varnish, but she’s water tight, shiny, and fully rigged!

Things have been getting done, despite the odd state of the world.

I’ve managed to catch up on the oar jobs and complete a couple of minor boat repairs for clients, which has meant more time to get on with the in house jobs.

The CNC router is almost ready to go. The mechanical and electrical work is done, and all I need to do is find a convenient time to drag my computer down to the workshop to get the firmware upgrades and other start up items done.

One of the project boats is now completed and up for sale. A lovely 40 year old Carl Douglas 1x. Look at www.rowingadverts.co.uk to see.

Quite an undertaking and very educational. 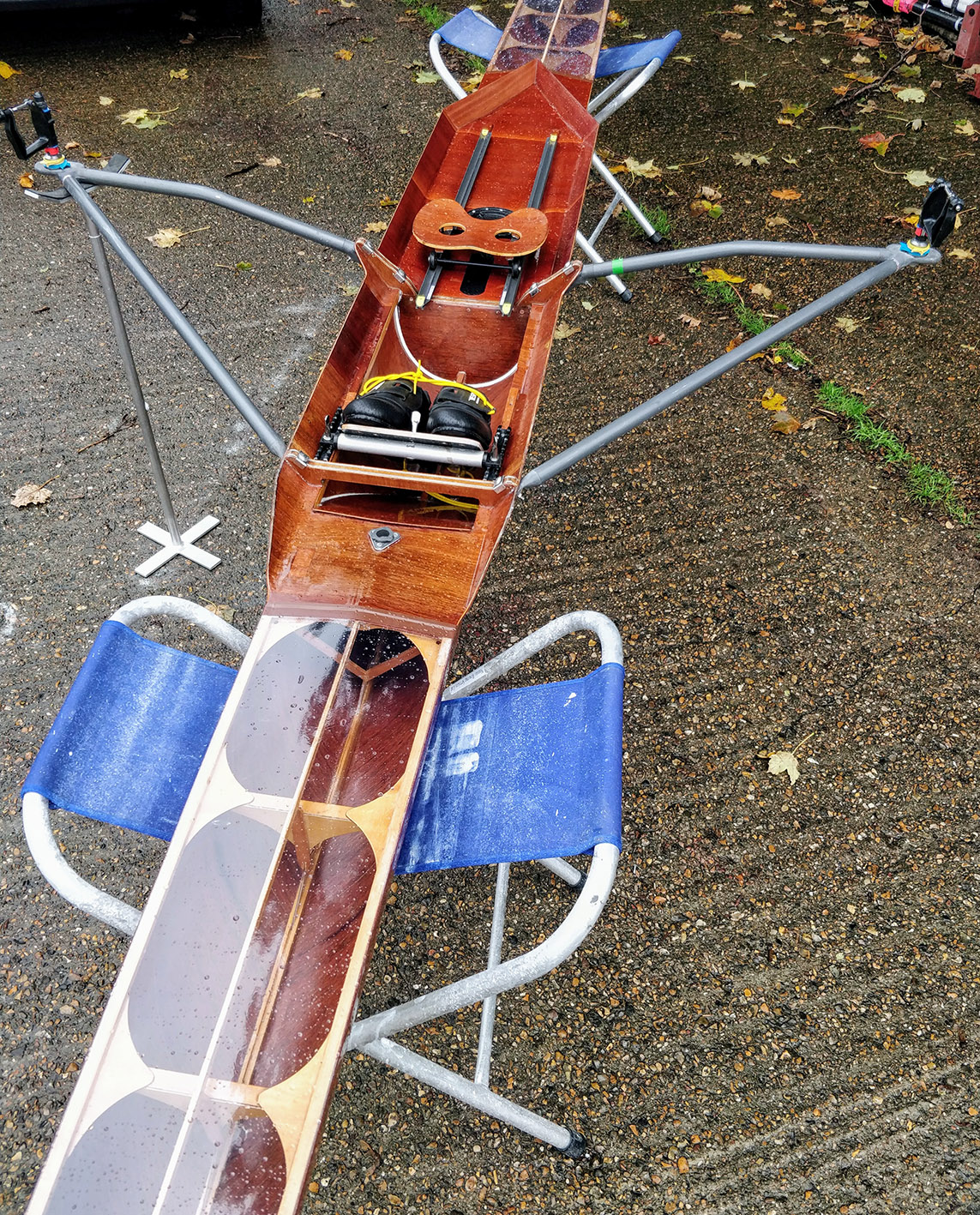 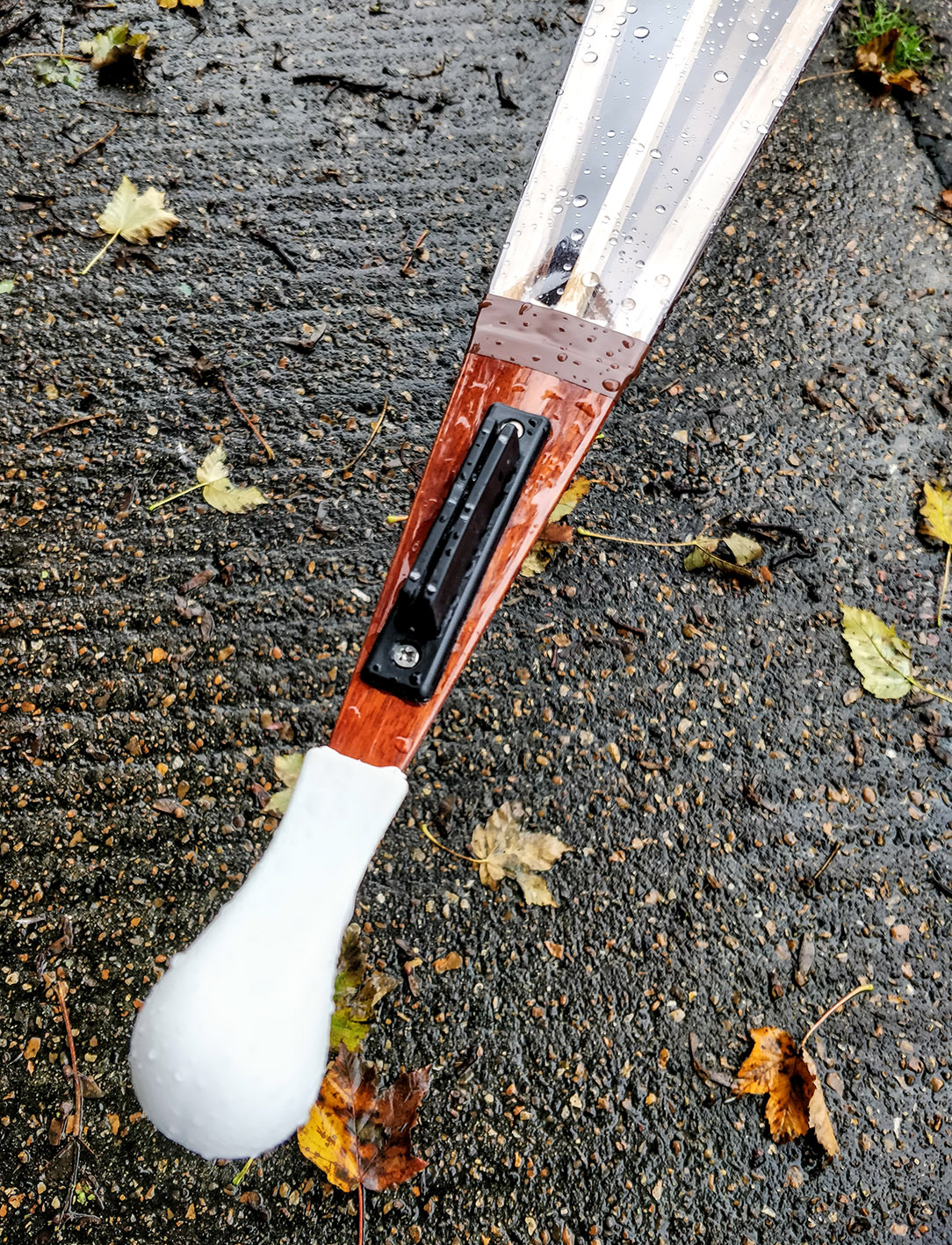 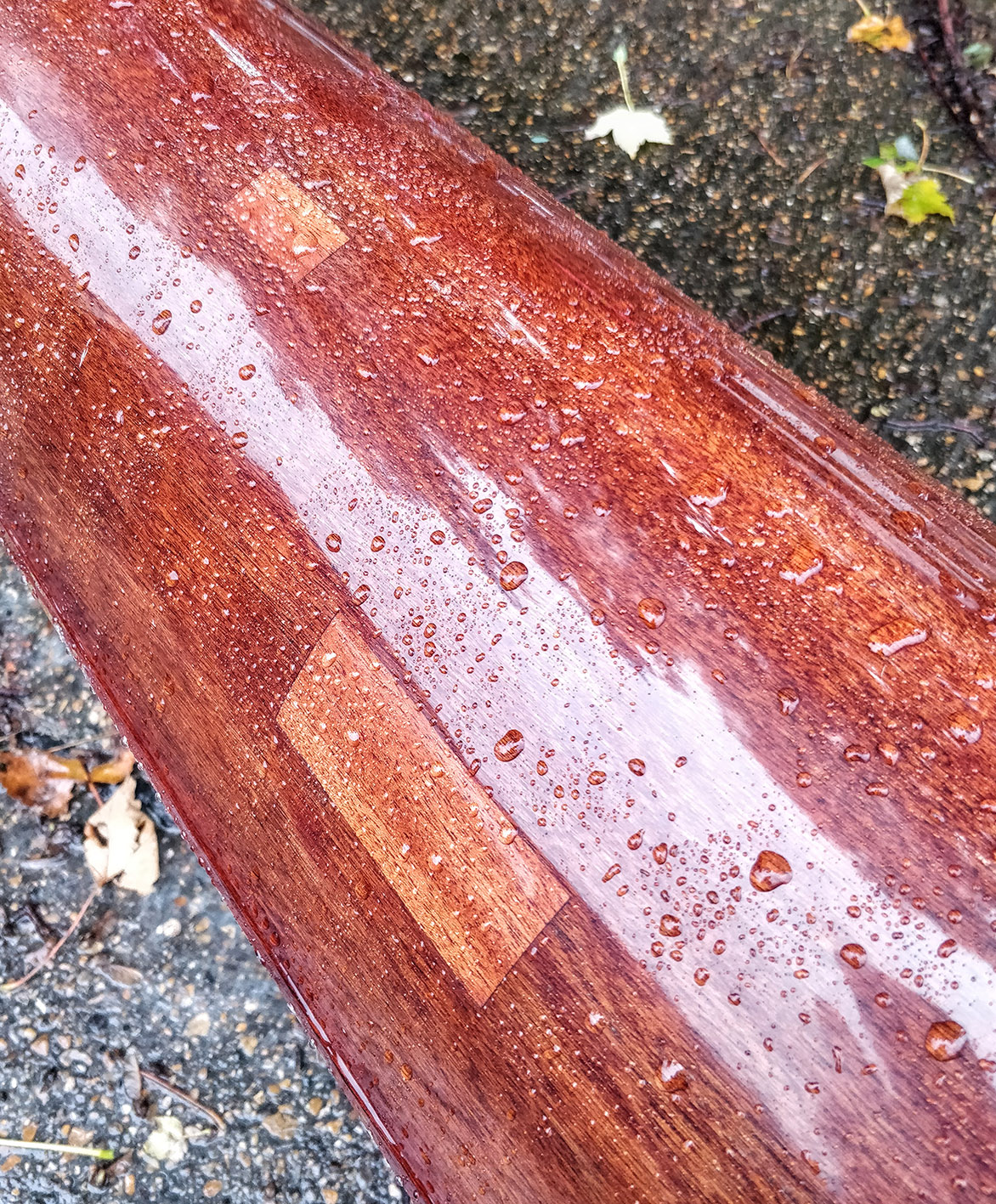 The world as we knew it changed a little while ago, but I’m still making some progress even if it is at a greatly reduced pace.

With only a handful of working hours available to me (I’m the primary parent in the household) I’m limited in what I can achieve.

A number of oar jobs have been completed, with a few more progressing well.

I’ve managed to assemble a new CNC routing machine, although it is not yet running due to a lack of a spare computer for the workshop. Hopefully I’ll have it up and working soon creating parts and moulds for jobs.

I have been rather busy lately doing oar renovations for a number of clubs and individuals. While doing this I have had a few conversations with people who are not happy with their current oars, yet do not see the value in paying money to change this.

We all know that everyone wants new shiny equipment, but new shiny parts will often do exactly the same job for a fraction of the cost!

No one seems to be surprised that cars often need new tyres, and drivers with any experience know that new rubber makes a lot of difference to the safety and performance of a car. Why does that concept often fail to transfer to rowing equipment?

The sleeves, collars, and handles of oars are all ‘wear’ items. They all are worn down by use until the oar is left uncomfortable or difficult to use. Worn sleeves lead to pitch and feathering problems. Collars can slip and even get caught on the oarlock. Handles beyond their use by date can cause blisters or just be uncomfortable to use.

All can be replaced cheaply and simply. You don’t need specialist tools and a reasonably competent person with ‘DIY’ skills can do it. The leading oar makers even provide detailed step-by-step manuals and demonstration videos.

With a new sleeve and collar, an old oar will lock on and then square or feather like a new one.

The oar makers themselves are often surprised by how few people actually do renovation work to their oars.

Strangely, I have noticed that it is often the better resourced clubs (those who can afford experienced coaches and boatmen) who take the most advantage of the savings to be made by renovating oars. The less well off clubs who most need it often lack the knowledge to even consider it.

If you are a club who has a tight budget, please do not forget to consider the economy of oar renovations. Very few rowers can tell a new oar shaft from an old one when rowing, but they can tell you if it doesn’t feather properly or tears up their hands.

I’ve been rather busy the past few weeks with some boat renovations.

Two older Carl Douglas boats that were in good condition overall considering their age (both from the early 1990s) have now received a new lease on life.

Both needed repairs to the washboards (a common issue) but otherwise were largely in need of a rub back, minor touch ups, the a new coat of shiny and protective clear coat.

Please, for my own sanity if nothing else: If you own a CDRS boat, don’t cover things up with tape and mean to get to it later. It needs attention now – even if only a temporary repair – so that it doesn’t get worse! Once exposed, timber does degrade quickly.

The growth of the boat renovation side of things means that I’ll need to reorganise the workshop to give me more room. A good thing, even if it means a few days of hard work and complete disarray!

With the Boat Races taking place today, you may have wondered how the Oxford and Cambridge Boat Race crews try to stay dry, there are a number of ways.

I was working down on the Putney embankment and had a quick look at the CUBC boats. This is what I saw…

Special splash boards:
Bolted to the underside of the gunwale flange are some custom made wide boards. Made from sheets of a carbon-foam-carbon laminate and cut in sections to neatly match the shape of the boat.

The extra 10cm or so width helps to keep the water out, but it looks like they would be a time consuming pain to fit and remove, and carrying the boat would be much more difficult.

Taller gunwale edge:
These boats also have a larger freeboard height with about 40mm added to the height of the gunwales. This would be easy enough to build as it would only require some extra sections to be added to the standard production mould in the factory.

To ensure clearance for the hands, one of the rigger mounts is now inside the boat (instead of on the other gunwale flange) on a special carbon section. See the twin sets of mounts on each side of the hull.

The riggers are custom made to allow for this difference in height. Easy with alloy wing riggers (as per the Goldie boat), but the carbon riggers on the Blue boat must have required some special work. I can only presume that a whole new set of moulds were needed – not cheap!

Other ‘tricks’:
The boats for both universities have used electrically powered pumps for some time. The coxswain’s seat has a switch to activate these. The technology has improved steadily over the years and the current designs are very light and powerful. Lithium Ion battery packs are a welcome improvement over the old heavy lead-acid motorcycle batteries of years gone by.

I wasn’t able to see the details of the pumps, but each boatman has their own special tricks and ideas about the best way to set these up. Differences between the clubs would include number of pumps (one per seat, one per two seats), location of piping, types of valves used (to prevent air-locks in the pipes for eg) and so on.

After a lot of work behind the scenes we hope to soon be managing our own webshop. This will make sales much easier to coordinate.

There are also a couple of new products that we hope will be a great help to many of you!

I’ve recently purchased a bulk order of tripod-to-GoPro adaptor parts at a significant discount to anything available on the High Street.

Any orders of a camera mount model will have one of these include at no extra cost.

I will be flying out of the UK for the Christmas and New Year period.

Hopefully you are not rowing in the cold, so don’t need any boat light mounts until I return.

Have a safe and happy Christmas!

The wonderful team at WEROW have started to develop a small webshop in which they have generously featured our boat light mounts.

This makes it easier for me to manage online orders by letting the lovely lads in Ireland do it for me!

Have a look at their growing range of products as well as their other services.